Brain injury during leftsided heart procedures is a risk. Silent brain infarcts occur in nearly all transcatheter aortic valve replacements (TAVR). They are associated with cognitive decline, up to 4-fold risk of future stroke, more than 3-fold risk of mortality, and more than 2-fold risk of dementia. Clinical stroke rates as high as 9% have been reported following TAVR.

Protecting the brain is essential

ProtEmbo device is loaded into a delivery catheter using a dedicated crimping tool. The system is flushed prior to implantation.

The loaded ProtEmbo is advanced via a 6F left transradial sheath to the aortic arch of a patient. Prior to an index procedure the device is deployed at the aortic arch roof to cover all three head vessels to the brain. 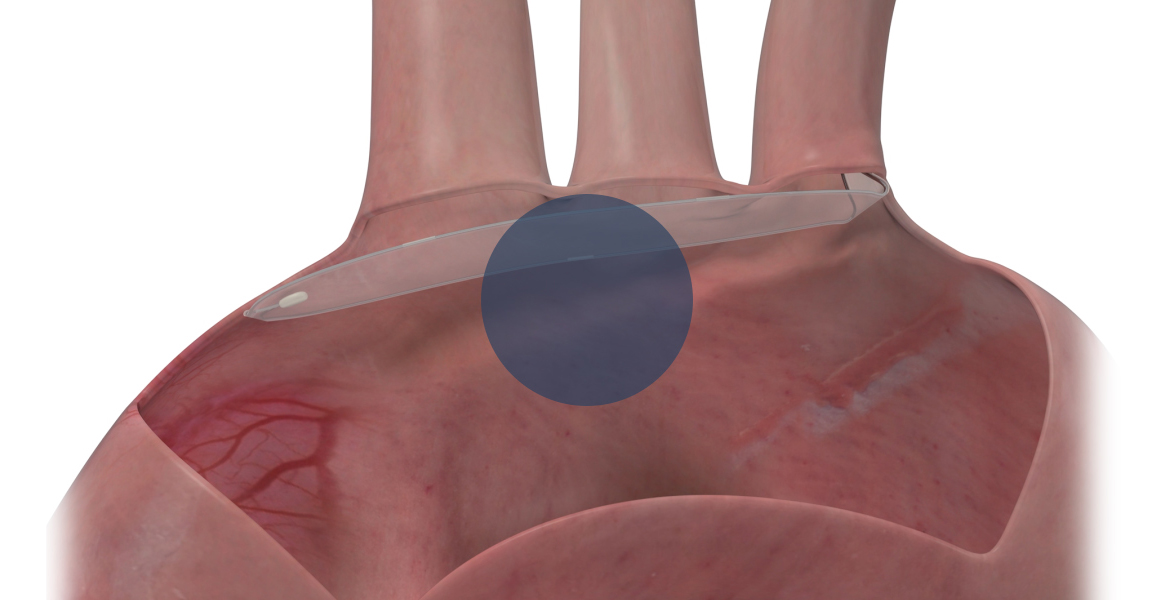 ProtEmbo acts as a guide for other interventional devices. The TAVR procedure can be performed according to standard practice. During the procedure ProtEmbo deflects emboli away from the three head vessels to the brain. The device has 60µm pores and is coated with heparin.

Following valve implantation ProtEmbo is removed and any emboli captured on the filter surface are contained and taken out of the body.

CAUTION: The ProtEmbo® is currently undergoing clinical investigations and has not yet been approved for commercial use by a regulatory authority.